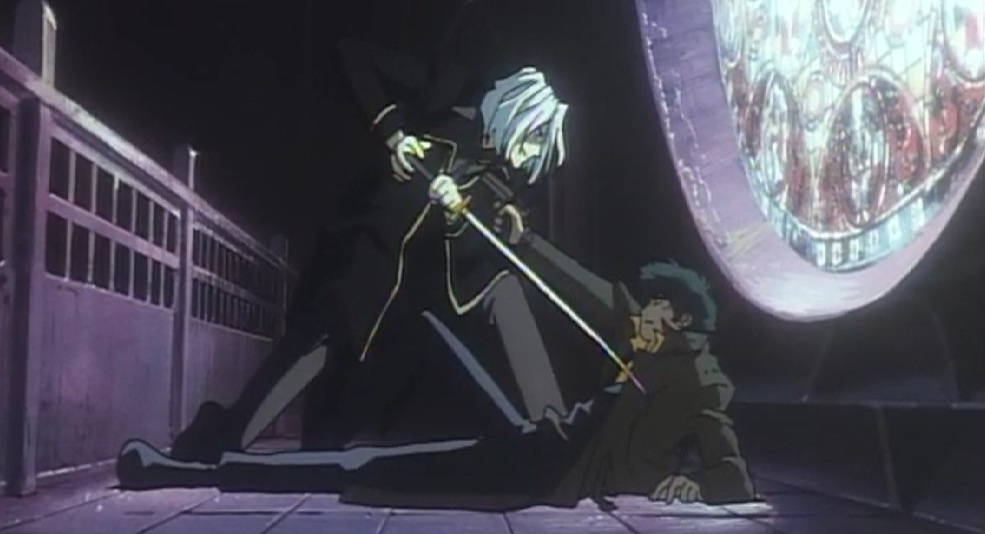 I would have given up on Bebop if it weren’t for Ballad of Fallen Angels. I changed my mind the moment the church organ blared across the purple sunset above a crumbling gothic cathedral. The beginning of the third act finds Spike, hands stuffed in his large overcoats pockets, walking up the cobblestone street to the lyrics of Yoko Kanno’s ‘Rain’. A woman sings.

I don’t feel a thing
and I stopped remembering.
The days are just like moments turned to hours.

Rain’s vocals are provided by Kanno-collaborator Mai Yamane. Yamane’s voice fills the air over a scene intercut with the silhouette of a silver-haired figure resting on one of the cathedrals broken stone pillars, a katana leaning against his shoulder. END_OF_DOCUMENT_TOKEN_TO_BE_REPLACED

When Fujiko Mine first stepped onto the scene in Lupin III’s ‘Mystery Woman’, she knocked the master thief on his ass. She used her wits to best his plans, see through his disguises and utilized her ample feminine virtues to charm the arrogant womanizer into giving her everything she wanted. To celebrate the anniversary of Monkey Punch’s manga, ‘Lupin the Third: The Woman Called Fujiko Mine’ reimagines and updates the classic from her violent, sexy perspective, adding life to the series in ways unseen since the original hand drawn pages. Like the machine gun blonde beauty, the show is a healthy, vibrant form on a 40 year old body.

Cease what you are doing and gaze at me. Stop everything save for the throwing of your heart.

Much has happened in the decades since Lupin was first put into print and after hundreds of stories, numerous series and dozens of theatrical films, our rogue’s red coat was starting to fray at the hem. Many of Lupin’s adventures featured the unabashed nudity found in M. Punch’s work but few could capture its tawdry, dirty sexuality and Lupin’s borderline sexual predator proclivities. Part of that can be chalked up to the changing of The Times. What was passable in the seventies wasn’t in the nineties and is even more dangerous now. So the tiger was defanged, and turned into a kitten batting at string. The solution was to come at it from a different angle. END_OF_DOCUMENT_TOKEN_TO_BE_REPLACED 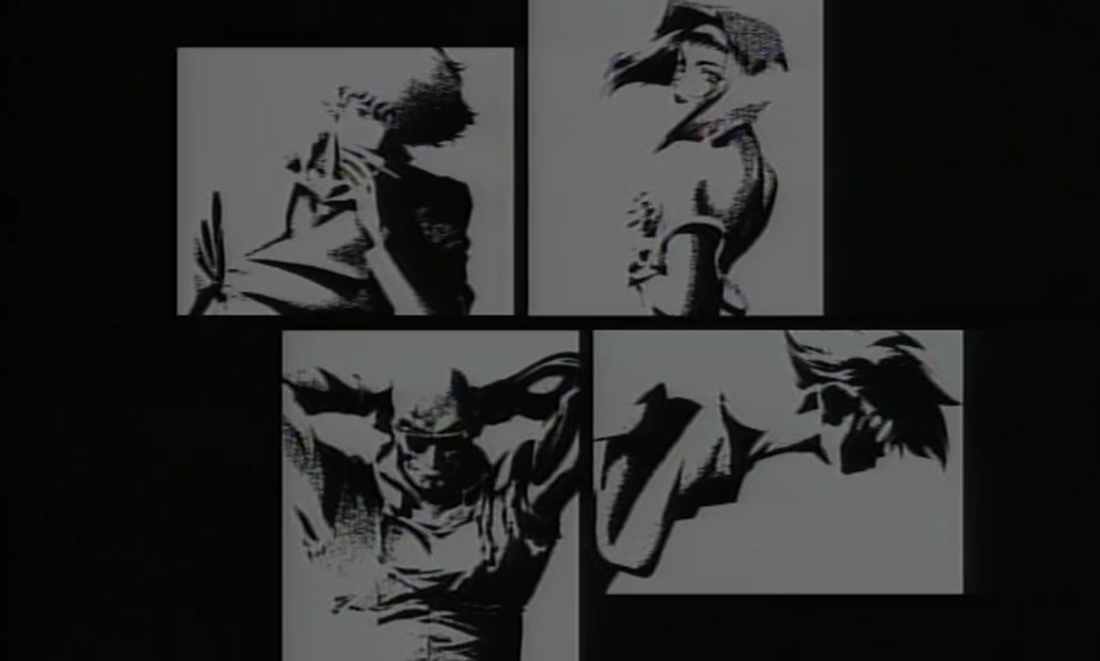 Know what the key fictional difference between a bounty hunter and a private detective is? A bounty hunter hunts, a detective solves mysteries. One moves forward, the other looks back. Yeah, there are similarities- both live somewhat laterally to the law and use leads to track criminals for profit- but the bounty hunters open-ended lifestyle doesn’t accommodate sitting in an office and waiting for a client. Time’s money and he’s got a fistful to make.

Understanding that a story’s potential starts with its character archetypes is crucial to identifying why Cowboy Bebop was able to tell 26 wonderful stories. By laying its foundations on space bounty hunters, Bebop gave itself the tools to create a wide range of rich stories and build a series whose every episode exists independent from each other.

The second part of the Bebop Sessions is about those characters and the storytelling opportunities they provide, so we’re gonna start with two that are integral: Punch and Judy. END_OF_DOCUMENT_TOKEN_TO_BE_REPLACED

There’s nothing quite like a great story brilliantly told. They can make you laugh, make you cry and enrich your soul. Sometimes, a story can do all that in 21 minutes and change. Rarely you will find story a arc that will do that a dozen times. And only once will there be Cowboy Bebop.

The credits tell us that Bebop was created by the legendary ideas man Hajime Yadate. Of course, Yadate would contribute little to Bebop outside of giving the shows true mastermind Shinichiro Watanabe the idea for a story about space bounty hunters. Watanabe would reunite with many of the principle talent behind the four-part Macross Plus OVA, acting as a spiritual successor to the classic space opera with many of the same thematic and stylistic motifs. It was Watanabe’s excellent and diverse universe filled with the stories of series writer Keiko Nobumoto, characters designed and animated by Toshihiro Kawamoto and the amazing musical works of the ‘Goddess of Anime’ Yoko Kanno that defines Cowboy Bebop’s twenty six episode run.

They gave us the story of the Bebop, the fishing boat fitted to be space worthy, and her crew of perpetually broke and hungry cowboys just looking to earn some woolongs by bringing down the galaxy’s most (incompetently) dangerous criminals. Bebop is cool. END_OF_DOCUMENT_TOKEN_TO_BE_REPLACED